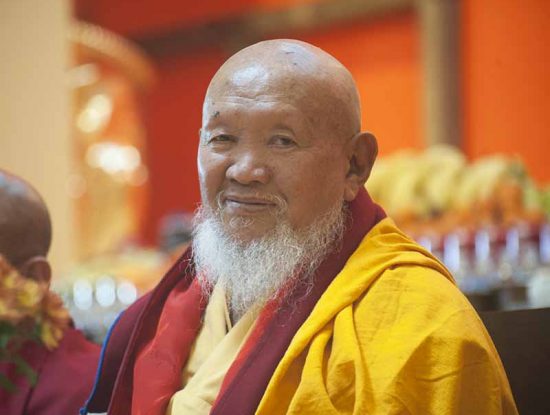 Kunpen is a Tibetan word meaning ‘benefit for all beings’.

The association Kunpen Lama Gangchen was founded by Lama Gangchen Rinpoche in 1989, and was recognised by the Italian State as a Buddhist religious organisation following the signing of an agreement with the official register of religious organisations.
Its aims are the study and dissemination of teachings on non-formal education to develop inner peace, the techniques of NgalSo Tantric Self-Healing, the art of Tibetan healing science and Buddhist philosophy and psychology.

Since its foundation, Kunpen has hosted many great lamas who have given initiations and teachings according to the Mahayana and Vajrayana traditions of Tibetan Buddhism. The centre is also regularly visited by groups of monks, coming from different monasteries in India and Nepal. Other than performing traditional rituals, the monks are experts in the construction of sand mandalas and tantric dance.
Currently the centre offers the constant presence of Lama Michel Rinpoche who holds courses and lectures on the various themes of Buddhist philosophy and psychology and on the Tantric NgalSo Self-Healing methods. 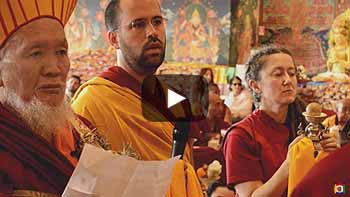 Kunpen is a point of reference and support for all the organisations founded by Lama Gangchen Rinpoche. Each organisation maintains its own autonomy: 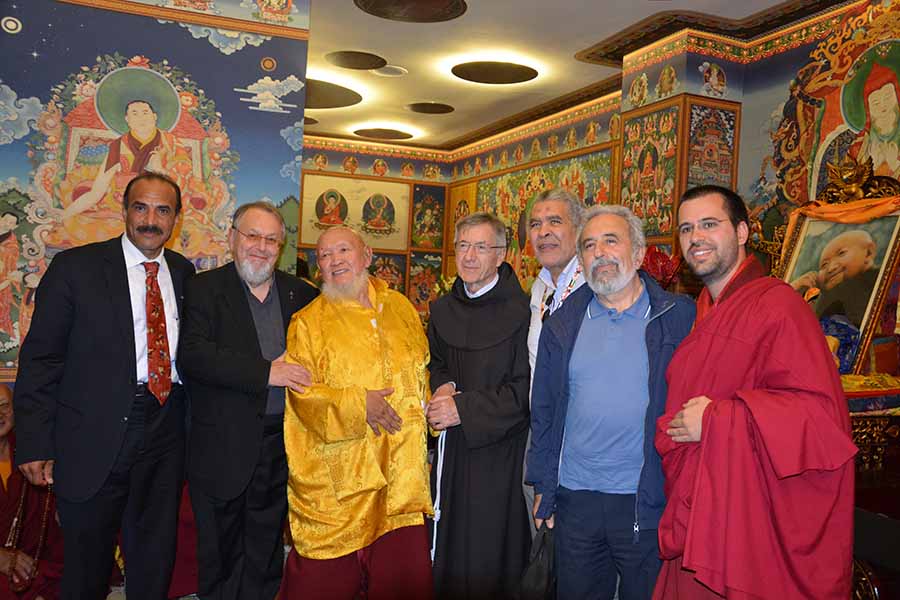 In 2004, Kunpen Lama Gangchen was one of the founding members of the Forum of Religions in Milan. The Forum brings together the representatives of the five great spiritual traditions present in Milan: Buddhism, Christianity, Judaism, Hinduism and Islam. This inter-religious organisation was created to promote a culture of dialogue, solidarity and peace. All the faiths of the city are represented in the Forum by various communities and religious organisations.

Kunpen Lama Gangchen is a member of the Italian Buddhist Union.

To participate in activities or stay at the centre, you need to become a member of the association. The membership card, valid for one calendar year, costs €30 and is available from the reception in both centres.

Daily activities such as the Guru Puja and NgalSo Tantric Self-Healing practice are free of charge. For courses and retreats an additional contribution is asked (€30 a day). In alternative it is possible to join the Sarwa Dharma programme: €240 a year that gives full access to the activities of the centre. Ask at reception for further details. 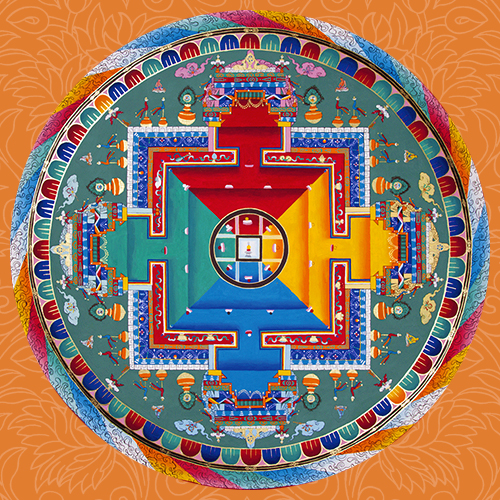 Residential retreat of  Maritse, the Goddess of Clear Light

Maritse, the Goddess of Clear Light, has the power to dissipate the obscurities of ignorance and to protect us from fear, from dangerous situations and from interferences that arise from both animate and inanimate causes. Maritse is one of the Twenty-One Taras. Through this practice we can switch on our most luminous inner light.

Masters for this event 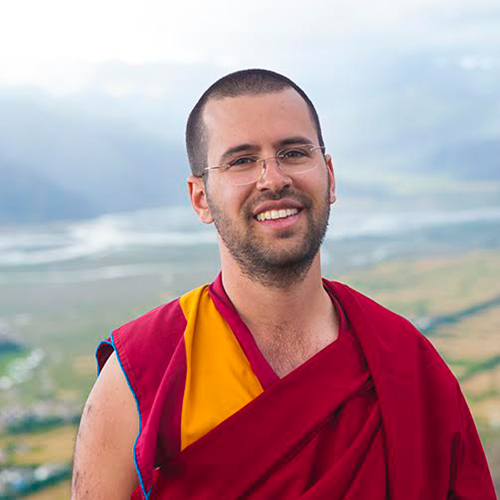 Introduction to Buddhist philosophy and refuge ceremony  from 10.30 am to 1.00 pm teaching from 3.30 pm to 5.00 pm Refuge ceremony Lama Michel Rinpoche will touch on the main themes that characterize

Lama Michel Rinpoche will touch on the main themes that characterize the Buddhist path with his spontaneous and direct approach, sharing his experience and knowledge. It is not a question of theoretical teachings of philosophy, but of teachings adapted to our daily reality, which offer a different interpretation of our life. Suitable for anyone interested in becoming familiar with their mind and understanding the relationship among us, what happens and our surrounding reality.Refuge Ceremony.

Taking refuge in Buddha Dharma and Sangha is the entry door to the Path of liberation from suffering.It also offers protection in day to day life against negative energies and reduces the power of our inner afflictions.

the event will be broadcast in streaming

the teaching will be translated in English language.

For those who wish to have lunch at the Center, reservations must be made by Saturday, February 5th at 5 pm in the office.

Masters for this event 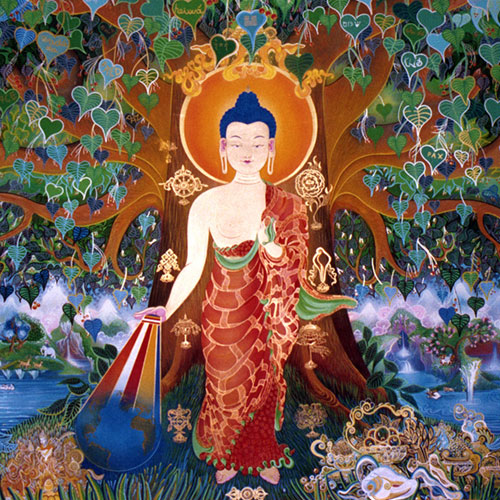 Wednesday at the Kunpen in Milan with Lama Michel Rinpoche

On Wednesday evenings, Lama Michel Rinpoche shares with us these precious teachings and the practice of NgalSo Tantric Self-Healing, transmitted by Lama Gangchen Rinpoche. These are not theoretical teachings of philosophy, but teachings adapted to our daily reality, which offer a different key to interpret our lives and are able to raise in our hearts new peace and harmony. The evening concludes with the meditation of Tantric Self-Healing NgalSo, modern expression of the ancient Vajrayana lineage of Buddha Shakyamuni, the essence of the teachings of sutra, tantra, medicine and astrology.

We remind you that the rules imposed by the various government measures and the Covid-19 protocol are still in force and impose limitations on us. In fact, according to the square footage of our meditation room, to respect the distance, the participants in each single meeting will not be able to exceed the number of 25.

The events, as usual, will in any case always be streaming.

Temple of Heaven on Earth 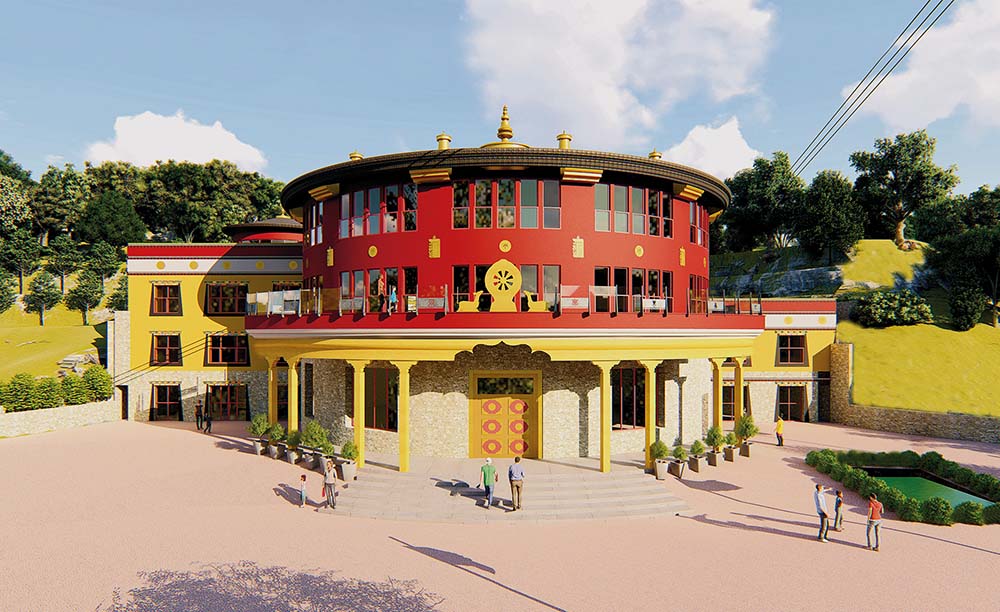 Support our new temple in Albagnano 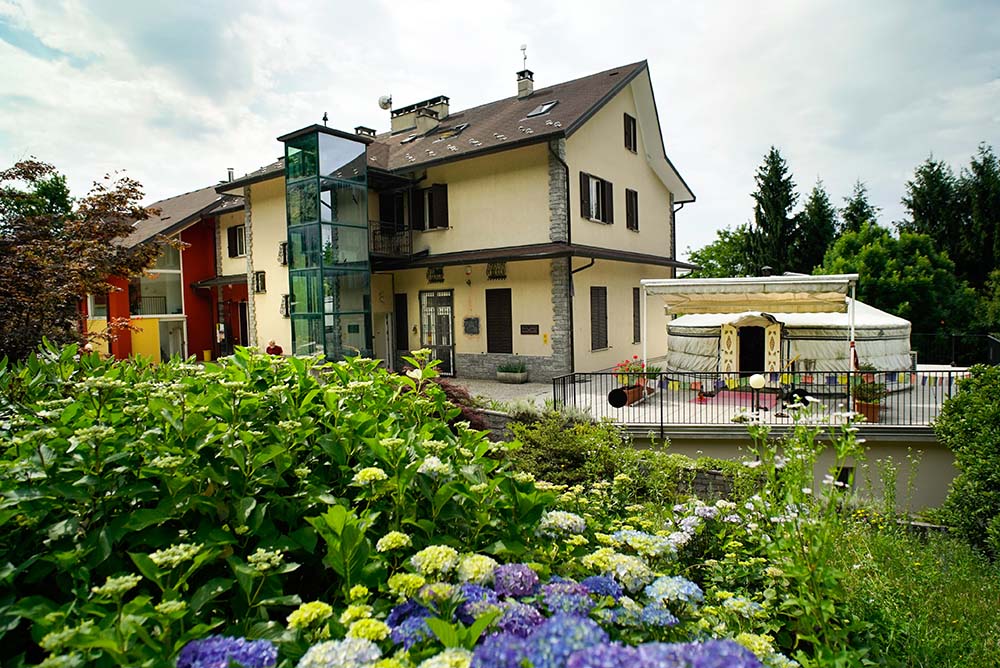 Enjoy a meaningful and healthy stay in a marvelous environment

Become a Karma Yoga practitioner
and donate your time and skills